One of the most commonly asked questions about buildings meeting the Passivhaus standard relates to the terminology used. A quick google search on will bring conflicting results with different links referring to either ‘Passivhaus’ or ‘Passive House’. When looking at construction and renovations precision is key, and you may rightly be wondering what the differences are between the two.

In actuality there is no differentiation in their meaning. The term ‘Passivhaus’ originates from the German Passivhaus Institut (PHI), which was created as an independent research institution by Dr Wolfgang Feist IN 1996. Since it’s creation most architects and construction experts have been using the German ‘Passivhaus’ spelling and this became the established norm in the UK as well. With the creation of the Passivhaus Trust the intention was to clearly distinguish builds and projects which met the demanding standards required to become certified sustainable architecture and those which loosely used passive design techniques.

This notion would have likely remained to the present day, had the Passivhaus Institute found major international recognition and interest, resulting in the formation of the ‘International Passive House Association’ which adopted the English translation. With this being a more natural spelling assumption for those in English-speaking countries, we have chosen to use ‘Passive House’ on our website where possible to help conform to our audiences’ disposition being predominantly English native speakers.

This choice is supported by the UK, US and other countries adopting the ‘Passive House’ terminology and even being adopted by the Passivhaus Institut on their own website. 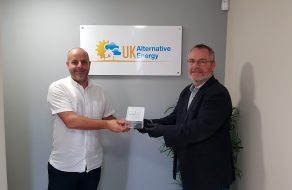